Mediate before you litigate!

“Mediate before you litigate!” demands Tom Thomas OBE, the Deputy Chair of the Civil Mediation Council, in this interesting article. While many peoples the first urge might be to take their dispute to court, this often costs the disputants a lot of time, energy and productivity. They are faced with high litigation costs while the underlying issues remain unresolved.

Conflict absorbs time, energy and productivity, whilst the rush to litigation is slowed by case management processes and generates rapidly mounting costs, often leaving disputants wondering whether their hard-nosed approach was the most rational economic option. The Court may then only deal with the symptoms of a dispute, leaving the underlying issues unresolved and not fully satisfying the parties’ emotions, self esteem, values and need to be heard.

Meanwhile, increasing globalisation has raised the profile of Alternative Dispute Resolution (ADR) and, in particular, of mediation, and resulted in developments in this area from UNCITRAL, the WTO, the ICC, the EU and others to facilitate the handling of international disputes while efforts by the Ministry of Justice here are more focused on to reducing Court time and costs. Major contracts, especially those let by the public sector, increasingly include a requirement for ADR to be used before the parties take their dispute to Court. These developments are underpinned by a body of Mediation Providers and individual Mediators, who are registered and regulated by The Civil Mediation Council and offer duly trained, experienced and insured practitioners who adhere to an established code of conduct and disciplinary process, to handle disputes.

Facilitated Mediation is a process owned by the disputants in which a neutral mediator does not arbitrate but instead facilitates the development of a settlement acceptable to all concerned. Strict confidentiality rules require that everything discussed in a mediation goes no further and is regarded as ‘for negotiation only’, is legally ‘without prejudice’, and is unable to be revealed elsewhere or used in any subsequent court proceedings. All sides describe the dispute from their perspective and suggest how it may be resolved. The settlement, which is developed by the parties, is enforceable if documented and signed by them.

The mediation process keeps the disputants in control and allows their lawyers to work creatively toward a settlement.  Power remains with the disputants and the process maintains their privacy, has a high success rate, minimal risk, is cost effective and can avoid any further deterioration in relationships. The mediation will be structured but flexible, allowing disputants to ‘think outside the box’ with a neutral third party who will be using their facilitative mediation skills to explore a range of potential solutions.

The earlier mediation is used the greater the potential benefits, but the dispute needs to be mature enough for the issues and risks concerned to have emerged. The mediation venue needs a room big enough for group sessions with all concerned present and separate rooms for each disputant to hold private sessions with the mediator. Multi-party disputes may require two or more mediators and technical disputes may require co-mediation, with a neutral specialist adviser working with the mediator.

Disputants are usually accompanied by legal representatives and/or advisers but mediation is not a forum in which to try and intimidate the opposition or simply fish for more information. Participants need to suspend any adversarial inclinations and adopt a cooperative, constructive approach with the focus firmly on reaching a settlement everyone can live with. Disputants should look to the future rather than allowing history or emotion to dominate and recognise that their personal and commercial needs are more important than the legal framework of the dispute. This will enable the mediator to reframe the issues sufficiently to establish a ‘reasonable zone’ within which the parties can reach an acceptable settlement.

In short, disputants should come to a mediation knowing: what they want and why; what they will give to get it; what they think the other side wants and why; what they think the other side will give to get it; the risks to themselves and the others of not reaching settlement. And the earlier this is done, the greater the potential benefit. If you would like to know more about how mediation can benefit your organisation in relation to workplace or commercial disputes, as well as with any community and social matters, log on to The Civil Mediation Council website where you will find a directory of registered mediators with whom you can arrange a discussion and if you wish thereafter, a mediation.

Tom Thomas OBE has been the Deputy Chair of the Civil Mediation Council Limited since April 2017, having previously set up Greater London and East Anglia Mediation LLP (GLEAMED) in April 2008.  He is a practicing civil, commercial and workplace mediator and has previously been the Chair of a NHS Market Dispute Resolution Panel and a Visiting Fellow at The Institute for Democracy and Conflict Resolution at University of Essex.  Before that Tom spent 10 years working in The City, ultimately as Director, Strategic Development, at Amey PLC and before that was a senior Army officer. 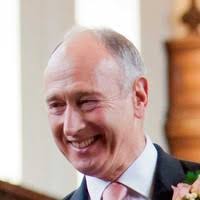