Is mediation only a good thing during a crisis?

With the easing of lockdown restrictions, the focus shifts to the enormous strain the justice system is currently under. There have been a number of high profile and public calls for parties to consider the use of alternative forms of dispute resolution, such as mediation.

Iain Christie, mediator and former Secretary of the Civil Mediation Council, examines the impact of the recent developments.

It’s funny how a crisis concentrates the mind. As the easing of lockdown restrictions begins in earnest, attention has turned to the enormous strain which our justice system is under. In the criminal courts, where jury trials were temporarily suspended during the height of the pandemic, there is a back-log of 35,000 trials made worse by the prioritisation of cases arising from the COVID-19 Regulations. In the family courts, where hearings continued remotely to deal not only with existing cases but those created or exacerbated by the lockdown, such as parents being unable to see their children or partners unable to flee from domestic violence, there is such pressure that the Family Mediation Council (FMC) has urged Government to fund free Mediation Information and Assessment Meetings (MIAMs) to all would-be litigants and not just those who qualify for legal aid.

In the civil and commercial sphere there have been a number of high profile and public calls for parties to consider, and the authorities to encourage, the use of alternative forms of dispute resolution, such as mediation. On 27 April 2020 the former President of the Supreme Court Lord Neuberger drew attention to listeners of the Today programme to Concept Notes produced by the British Institute of International and Comparative Law (BIICL) urging parties to commercial disputes caused by the pandemic to afford each other a “breathing space” before issuing proceedings. This was followed on 7 May 2020 by the publication of Cabinet Office guidance urging parties to act “responsibly and fairly in the national interest in performing and enforcing their contracts.” Naturally, one of the recommendations for “responsible and fair” behaviour was to consider mediation instead of litigation.

Voluntary engagement in mediation was also one of the options proposed by Lord Neuberger. Interestingly, the two other options he suggested that might be adopted to deal with the anticipated “avalanche of cases” was for either the judges to develop the law or for the Government to change it. It is worth considering for a moment what either of those options might entail. Apart from generally encouraging parties to mediate at an early stage in the proceedings (which some judges have been doing since the introduction of the CPR in 2000) the only real power judges have is to impose costs orders at the end of trials which punish parties who unreasonably refused to mediate. There are some signs that the recent emergency has resulted in more awards of that nature. However, until the deterrent effect filters through this is obviously too late to affect the number of cases being litigated.

The third option proposed by Lord Neuberger, namely intervention by the State, can only mean introducing a greater compulsion to mediate before litigating. There are various ways of doing this. In its submission to the Civil Justice Council Working Group on ADR in December 2017 the Civil Mediation Council (CMC) proposed a system of “automatic referral” to mediation whereby all civil claims would go to mediation first unless one of the parties objected – in other words an “opt-out” process rather the current “opt-in.” Although not supported by the CJC in its final report the Working Party singled out this proposal for mention and recommended in its conclusions that one possible way forward towards greater compulsion to mediate would be to adopt the Notice to Mediate scheme operated in British Columbia which has much the same effect once a Notice has been issued.

Given the current crisis, it may have been easy to have missed the change in law regarding organ donation. From 20 May 2020 residents in England will automatically be presumed to consent to donating their organs upon their death unless they have registered to refuse their consent on the NHS website. This follows a similar change in the law in Wales in December 2015 which resulted in the rate of consent changing from 30% under an opt-in system to 90% under an opt-out scheme. This example is given to show a simple change in process can result in huge benefits to society, without interfering with freedom of choice.

Similar schemes in relation to increasing the use of mediation as urged by the judiciary and the Government during the recent pandemic continue to be discussed in the Judicial ADR Liaison Committee set up following the CJC report. As Lord Neuberger said, there is a need for some speed in putting new arrangements in place if the whole system is not going to grind to a halt. And, as the Cabinet Office guidance states, acting responsibly and fairly in respect of contractual disputes “includes acting in a spirit of cooperation and aiming to achieve practical, just and equitable outcomes having regard to the impact on the other party, the availability of financial resources and the national interest.” That sounds like a pretty good description of mediation. It’s a pity that it’s taken a global pandemic to bring the justice system almost to its knees before realising there are better alternatives to litigation.

Iain Christie was Secretary of the Civil Mediation Council from 2012 – 2020 and is its representative on the Judicial ADR Liaison Committee. He is also Chair of the CMC’s Conduct and Discipline Committee and Co-founder of the All Party Parliamentary Group on ADR.

Iain has been a barrister for over 30 years, a mediator for 15 years and is an accredited coach and professional facilitator. He is a highly experienced mediator in civil, commercial, family and workplace disputes, helping parties throughout the UK to resolve disputes across all sectors. 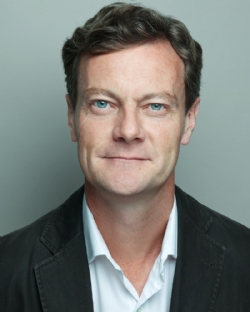