Mediation training in prison – conflict management at the sharp end

What can you expect of a mediation training in prison? Mediator Colin Bourne finds himself surprised at the outcome of his three day mediation course set up as part of the prison’s violence reduction strategy.

In this article he describes the experience as part of our Thought Leadership series on mediation: “All of my training as a mediator had taught me not to make assumptions but I could not help wonder what I had let myself in for.”

I was apprehensive as I approached the main door of a high security prison a year ago. I was there, with a Yorkshire Mediation Services colleague, to train prisoners and officers in mediation skills as part of the prison’s violence reduction strategy. All of my training as a mediator had taught me not to make assumptions but, as the various doors opened and closed behind me with a loud clang and the turn of keys attached to the Officer’s belt, I could not help but wonder what I had let myself in for.

I need not have worried. The next three days were spent with six prisoners and six officers all keen to learn new skills and to help in resolving conflict. My apprehension evaporated with the first introductions. One prisoner ended the answer to every question with ‘Sir’. At the first break, knowing that a certain distance between officers and inmates was a necessary part of maintaining discipline, I tentatively suggested that this was not necessary with me. His response surprised me: “I don’t call you Sir because of your status. It was the way I was brought up; to show respect.”

All of the officers, relatively junior in rank and age, were enthusiastic and engaged. We gained insight into the problems faced by prisoners and Prison Officers in dealing with conflict. Without being experts, most people will know that violence is a common problem in the prison environment. That is largely because, having little control over their situation, violence is often seen as the way to settle differences, whatever the original cause. We learned a great deal about the importance of various kinds of disputes and the importance of saving face.

Prisoners and officers showed conspicuous ability in grasping new concepts and in role playing and quite a few realised that they had been mediating for a while without recognising that’s what it was. Like most role-playing exercises, there was a lot of fun with officers playing truculent prisoners and vice versa and there was no shortage of volunteers willing to try their hand at mediating. Even while the course was underway, word was getting around and other prisoners were asking when they could be trained. It was the Governor’s intention to have carried on with training soon after that course finished but Covid 19 put a stop to that. It did not put a stop to the wish to develop the system and much work was done after the course, in consultation with our attendees, to design and develop procedures to inform prisoners of the available services and how they could be used.

Yorkshire Mediation, like many organisations in the last twelve months, has had to adapt to the new Covid 19 environment and our volunteer mediators have embraced Zoom and other video and audio platforms to help to resolve community and workplace conflict. Zoom has become part of my toolbox for commercial mediation too.

Using an online forum to train more prisoners and Prison Officers was going to be a new challenge to us all. Numbers were inevitably limited because we could only conduct one exercise at a time instead of forming groups to do the work simultaneously and give everyone more hands-on experience. It is to the great credit of the Governors and staff that they did not want to wait any longer to train more mediators so, between us, we adapted our materials and found a way that we hoped would make it work.

Zoom enabled us to deliver training to more potential mediators during the restrictions on close contact. It’s anyone’s guess when we might have been able to deliver face-to-face training otherwise. Even with the limitations, the ability and the enthusiasm of the prisoners and the support of Officers made it a very successful three days. Two of last year’s participants came along to assist in the delivery and, using one of our case studies, provided a masterclass in how to build trust, deal with difficult parties and find ways around blocks to progress. There was lively debate after each exercise and the growth in confidence and skills, even in such a short period, was palpable.

How often do we say to ourselves and each other that we never stop learning? I not only enjoyed these last three days but I am certain that learning of that value would not have been available to me anywhere else. It is hard to exaggerate the sense of achievement I got when, at the end of the course, one of the participants asked how he could find further training as a mediator to help his community when he was released. Feedback doesn’t get much better than that.

Colin Bourne is an accredited mediator with the Centre for Dispute Resolution (CEDR) and has mediated in a wide range of commercial disputes, many of them high value and multi-party cases.  Prior to his accreditation with CEDR in 2000, Colin’s knowledge of and practice in employment law was developed over 35 years, predating his call to the Bar in 1997.

Colin approaches disputes not merely to try to settle a claim but to deal with the underlying problem that led to the claim itself; he is particularly effective at helping all parties to look forward for a solution rather than backwards to apportion blame and his real skill lies in encouraging the parties to think differently. 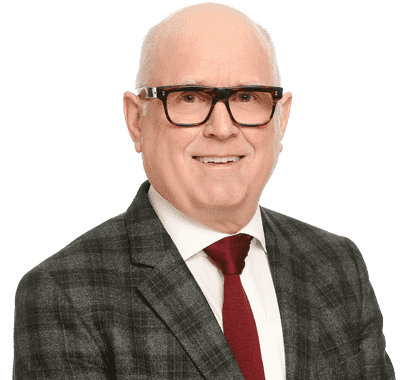