Could robots replace humans in mediation?

“AI and algorithms are increasingly being used in alternative dispute resolution – but can a robot really replace the flesh and blood of a trained mediator?” asks Jane Player in this insightful article.

As a mediator she reflects on the opportunities that arise with the development of Artificial Intelligence and reflects on whether these might be of use in the field of mediation.

AI and algorithms are increasingly being used in alternative dispute resolution – but can a robot really replace the flesh and blood of a trained mediator?

Last year saw a successful settlement concerning £2,000 of unpaid counselling fees in an online dispute by a ‘robot mediator’ – in this case not so much a robot as an AI tool designed to bring parties closer together through a blind-bidding system. Where the issue in dispute is simply how much to pay I can see how AI can be useful. And while not based on algorithms, the blind bidding service offered by IPOS is also a quick and cost-effective way to settle monetary disputes.

But disputes are rarely just about the money. As a mediator, I will read the room to work out where the power struggles might be and to try to understand the real motivation behind a dispute. Mediators have instinctive abilities to see when a party needs a reminder of the alternative to a settlement or an emotional nudge towards doing a deal  that in the long term they know will be better than carrying on fighting. It’s why the human touch of mediation is essential.

Can a robot be sensitive?

I remember mediating a particularly difficult dispute where an owner of a large construction company had died unexpectedly, and without a will. The dispute was presented to me as a financial dispute as the company had been left with debts, outstanding mortgages and guarantees for loans where husband and wife were co-guarantors and co-signatories.

However, as the day unravelled it transpired that the owner had died not in the arms of his wife but another lady, who was present at the mediation. And so there were Inheritance Act claims to be dealt with in the mix. The plenary with both women in attendance was awkward but once the difficult conversations had taken place we could then sit down with accountants and work out what was left in the estate to distribute. I wonder how a robot would have tackled such an unforeseen – and sensitive – situation.

On the subject of the plenary session, how will AI decipher whether to advise having one or not? A robot may have been programmed with information that allows them to make an automatic decision – but it won’t necessarily be the right decision.

In my human experience, when I explore the reasons why parties don’t want a plenary I often discover a lot of useful detail that could help them work towards a settlement. I may then suggest that, rather than using me as a shuttle diplomat, they talk directly to the other side as a more impactful way of moving towards resolution. Before any of this happens, though, I need to speak to the parties and become their confidant, so they trust me when I say that a plenary could be useful. Who’s ready to trust a robot?

AI certainly has it uses in alternative dispute resolution. It’s hugely beneficial where clustering technology and other AI tools can help lawyers sift through disclosure and prepare relevant folders for litigation. But I’m not convinced AI could prepare the Position Statement – if it simply churned out a repeat of the pleadings it would be of little assistance to a mediator.

And here again, I believe humans will always trump robots. The best mediation statements are those prepared by the clients themselves (albeit reviewed by their lawyers in all probability) in their own words. The most powerful one I’ve ever read was only four pages long and within it the party covered what, in their opinion, had gone wrong with the business, accepted a degree of fault and set out what they felt had to happen for a settlement to be reached. Self awareness played a big role in persuading the other side to approach the mediation in a similar way and a deal was done.

AI is becoming increasingly sophisticated – who’d have thought we’d have driverless cars – but it still has a long way to go to catch up with skilled mediators. We know when to listen and when to encourage movement to help the parties reach settlement. At times we have to be empathetic and give people time to adjust to new perspectives; at other times we have to be tough, pushing back some of their presumptions, even challenging their views on likely success at court.

And throughout it all we’re reading the room, assessing body language, picking up on tone, discovering more about the personalities involved. An algorithm might use logic to put a figure on a settlement, but mediators are programmed to understand the emotional cost of a dispute. The settlement figure may make no sense to a robot – but we understand the value to parties who know it will be worth every penny if it ends long-term tensions between family members or business partners who just want to get on with their lives.

For all that AI can do – and will be able to do in the future – mediation will always need the human touch.

This article was first published on the website of In Place Of Strife Mediation.

Jane is a highly experienced mediator who was privy to some of the first mediations in the UK. Jane regularly mediates a wide range of commercial disputes both here in the UK and has had experience of mediation in Europe, Asia and Africa.

She has over 30 years experience as a Commercial Litigation solicitor in City practices and is a distinguished Fellow to the international Academy of Mediators. She was  Corporate Livewire Commercial Mediator of the Year 2015 and is listed in Legal 500 and Chambers. 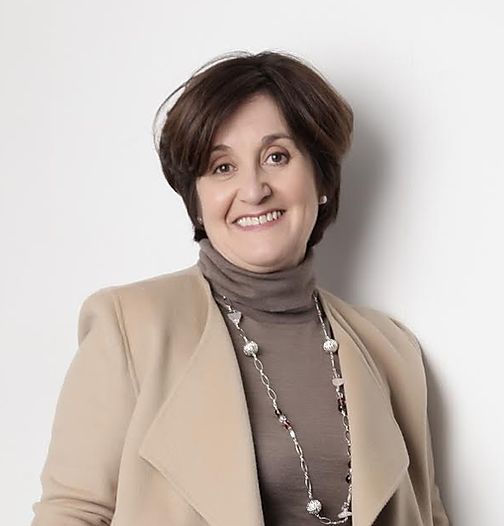