Two sides to every question

‘Should mediators specialise?’ was the question Rebecca Clark was invited to debate at the annual CMC conference in November. In our monthly Thought Leadership article the experienced mediator reflects on the nature of debate. She suggests that by reducing complex questions to a yes or no decision, all of the nuances and points where we could acknowledge someone else’s point of view, are lost.

Should mediators specialise? That was the question I was invited to speak in favour of during a debate at the 2020 CMC conference and, as is often the case, conference participants were asked to vote yes or no at each end of the session. The question is interesting and there are, I would suggest, a myriad of valid answers depending upon personal experience, whether you ask a client or a mediator and whether you equate or conflate specialism with evaluation. But perhaps there is a more thought-provoking question here: why, at a conference run by a charity aiming to promote the use of mediation, did we engage in a debate where there was a divisive outcome – yes, or no?

We live in a country where an adversarial process is the norm. Both the Westminster style of parliamentary government and the court process encourage the taking of opposite positions, pushing people to extremes inconsistent with compromise. Neuroscience reveals much about how we act and react in difficult situations and adversarial, binary approaches (yes/no; in/out; right/wrong) stimulate the fight or flight response.  As mediators, we seek the opposite. We ask people to move from their polarised positions and explore ideas of compromise, negotiation and the making of concessions. We know that triggering the fight or flight response is rarely productive in a mediation scenario. People pushed into a corner, tend to lash out. People pushed to adopt opposing positions find it hard to move from them.

We know this, yet the debate between mediators on specialisation became adversarial. And when the conference follow-up email went out, all that was recorded was the shift between the yes and no positions at the end of the debate. Even as mediators, we devised and engaged in a process which mirrored a combative discussion. People began to advocate for the extreme end of a spectrum of perfectly valid views; a view which, perhaps, they did not even really hold. Winning was applauded, regardless of process.

As we all know, the difficulty with binary questions is that you lose nuance. There is not a right or wrong answer to the question “should mediators specialise?”. Some will specialise because they feel comfortable practicing in a certain area, or because they have a reputation which helps them. Some will specialise because that is what clients expect and want. Some mediators will choose not to because they enjoy the diversity that a general practice can bring. Many newly qualified mediators will just wish they could get their feet off the ground – specialism is a dream.  Everyone will have views somewhere along a spectrum and those views will change and evolve over time, as they should. My own opinion is that I am not going to tell any mediator that they should specialise. They may do so, or they may not. As a former client user of mediators, I know that I always chose a mediator experienced in the area of the dispute and for that reason, I am broadly in favour of specialisation: I think it is what most users want. I don’t think specialisation results in evaluative mediators, but I can appreciate that others may feel differently.

Discussing and debating are fundamental to the way in which humans operate, co-exist and make decisions. There are few things as important as the right to free speech. But the process by which we engage in discussion and debate is also critically important.  It was interesting to me to observe my own reaction to participating in the debate. If you had asked me beforehand, I would have said that if there were a spectrum between two extremes, I would be at about 70% in favour of specialisation. However, by engaging in an adversarial process and being forced to advocate and defend the position I was supporting, I found myself very attached to the “yes” outcome.  Something that I was interested in, but not personally invested in, became really quite personal. And let’s face it, nothing rides on the outcome of this particular question. The same cannot be said to all debates, whether those are political, legal or moral.

If the process is important then so is the means by which we capture the outcome of discussions. By reducing the debate to a yes or no decision, all of the nuances, the grey areas, the points where we could acknowledge someone else’s point of view, were lost. We abandon the common sense, or middle ground position. As mediators we know this, yet we still fell into this trap.

So what has all this taught me? As mediators we plead for people to think about resolving disputes in a different way. We encourage people to use a constructive, nuanced approach rather than an adversarial court process. We warn about lose/lose scenarios and all-or-nothing outcomes. As a relatively new profession, we are leading the way in helping people approach dispute resolution differently. Perhaps, as mediators, we could collectively think about how society manages debate and discussion in a way which is constructive rather than adversarial, where people are encouraged to move closer together rather than be driven apart by the very process itself. And perhaps we could also think about how we capture and reflect the middle ground in a meaningful and representative way, rather than distilling complex issues into binary outcomes. How do we achieve this? Well that really is a good question.

“Rebecca is an excellent mediator, carefully and adeptly handling the factual, legal and emotional issues. I would certainly use her again.” said one of her recent clients. 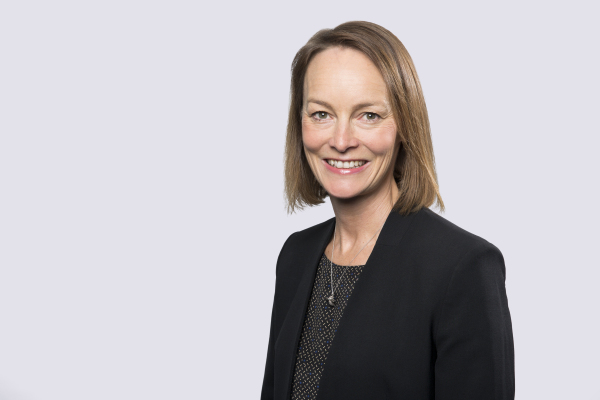