Compulsory mediation can work – but can it be free?

Do you remember the 2004 Halsey case that concluded parties could not be compelled by courts to take part in ADR? 11 year later, the Civil Justice Council is taking a different stance. Their recently published report on ‘Compulsory ADR’ states that parties can in fact be compelled to mediate and that it is in many cases desirable and effective. But what does this mean for mediation clients and mediation providers? 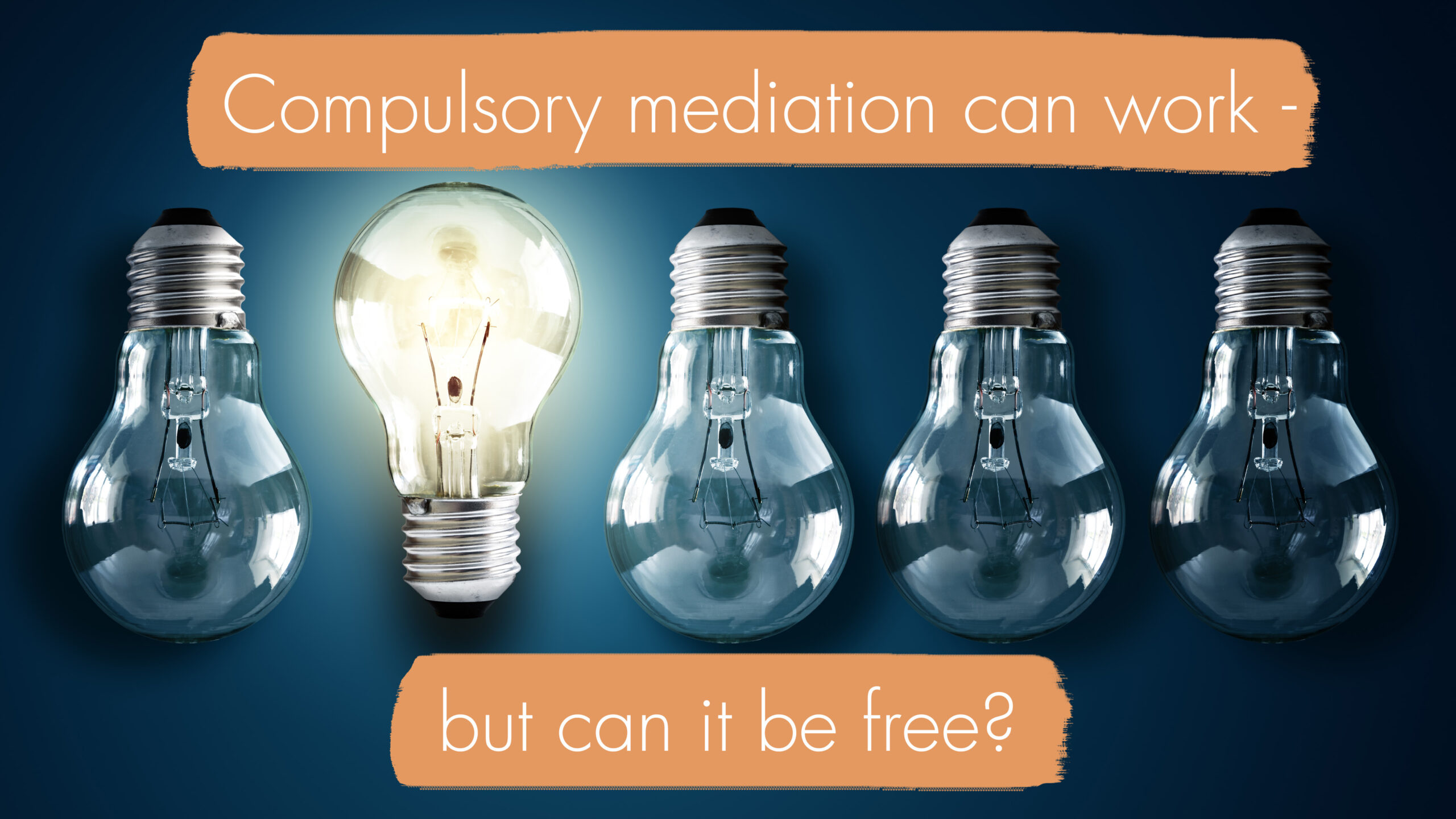 It has been 17 years since the decision in Halsey v Milton Keynes where the court held that parties to a dispute could not be compelled to participate in an ADR process. It has been another 11 years since Dyson LJ (as he was then) concluded that his decision in Halsey was wrong. So, the publication this week of the Civil Justice Council’s report on compulsory ADR is a very welcome update on the issues, particularly in light of developments in both case law and practice since Halsey.

As a charity which exists to promote the greater use of ADR and advocates for automatic referral to mediation, the Civil Mediation Council shares Lady Justice Asplin’s view that the report’s conclusions ‘provide the opportunity to initiate a change of culture in relation to dispute resolution which will benefit all concerned.’ There is, as the report states, no reason – legal or otherwise – that should prevent courts being able to order parties to participate in an ADR process, especially where this is already happening successfully in the justice system (e.g. at ACAS or in dispute resolution hearings).

Of course, putting (A)DR (as Lady Justice Asplin terms it) at the centre of dispute resolution is a positive step and one which we welcome. (A)DR should no longer be alternative but it should be one of several tools available to all disputants when they seek to find a means to resolve their dispute with as little time and financial cost as possible. However, it is this issue of time and financial costs and the report’s concluding observations on these which cause us concern. At the same time as urging a professionalisation of the industry and the regulation of mediators (which, we support but, of course, involves time and costs by the individual) the authors seem to be suggesting that compulsory mediation needs to be cheap or free.

A degree of cognitive bias may well be in play here – the notion of mediation being an additional burden only applies if the expectation is that it will fail and simply have added to the hurdles to litigation. But the success rate of mediation (80%+ of cases settle on the day (or shortly after)) indicates that this notion is seriously misplaced. The time and costs benefits to litigants of settling a case at an earlier stage of proceedings is often mentioned, but rarely quantified.

Take, for example, an SME that may struggle to maintain the financial and manpower costs that litigation entails. Earlier settlement means a return to being able to focus on business and relieve the stress (to both individuals and consequently the business) that disputes create. Further, a failure to settle at mediation is not a waste of time and costs – many of the issues that might emerge months or even years down the line in litigation are narrowed and discussed at an earlier stage resulting in reduced time and cost overall. If the majority of cases settle, then the costs of continued litigation have been saved. It is worth noting that CEDR’s ninth mediation audit concludes that £4.6bn will be saved this year by parties engaging in commercial mediation, with £40bn saved since 1990.

It is our view that a broader view needs to be taken of the savings in time and costs to individuals, businesses, the community and the state by the settlement of disputes at an earlier stage.

Henrietta Jackson-Stops is the chair of the government liaison working group of the Civil Mediation Council. She mediates a wide range of civil and commercial disputes alongside her role in running and managing IPOS Mediation. Henrietta has a particular interest in disputes involving family businesses, trusts and relationships and those with a public law element.